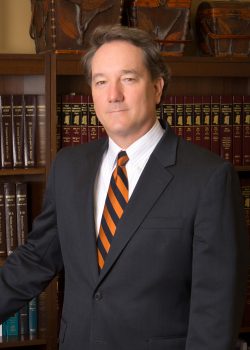 Mr. Entrekin has received an “AV” peer review rating from Martindale-Hubbell, the national directory of attorneys. This is the highest possible rating, indicating preeminent legal ability and the utmost ethical standards.

Mr. Entrekin is active in the community serving on the Board of Trustees for Laurel Christian School and serving as an Elder at Westminster Presbyterian Church.